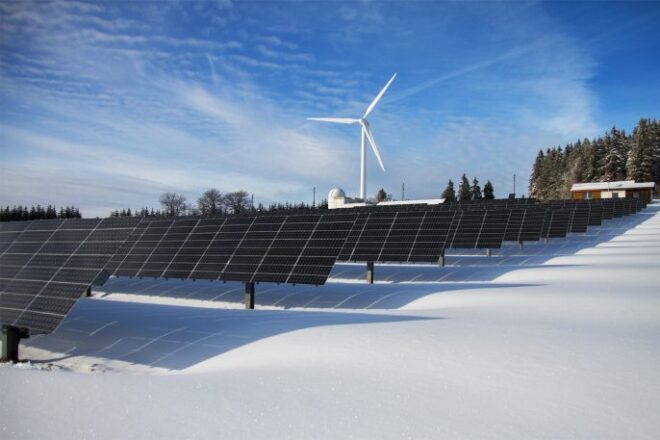 Solar energy has become a massive trend in recent years, and it’s one that more and more people are taking advantage of both at home and for their businesses.

Because of this trend, a lot of new companies have been popping up to offer equipment and installation services to those who want to make the switch to solar.

This is a trend that is expected to continue into the foreseeable future with little to no signs of slowing down. There are some solar power trends and predictions that you should know about if you are interested in this type of energy.

Where We Are Now

Today it isn’t uncommon at all to see people’s homes with solar panels on the roofs. In fact, the number of people who have switched to solar has increased dramatically in the last 8 years.

A study done in 2015 revealed that there were over 200,000 people working in this industry, and that number has only increased in the last few years. The future of solar energy companies seems very bright, and it’s something that will undoubtedly benefit consumers as well.

As more competition has arisen in the solar energy industry, prices have started falling. While it used to be that only the wealthy could afford to go solar, it is now possible for many middle-class individuals to do this.

Prices for solar power systems have dropped over 60% in the last decade, and it is a trend that is expected to continue. Getting one of these systems installed still costs thousands of dollars, but it is still a marked improvement from the average cost years ago.

Many experts predict that the cost of these solar systems will eventually fall to the point where almost any homeowner can have them installed. Production costs of solar power have gone down quite a bit in recent years, and the International Energy Agency suspects that solar power will cost only 5-10 cents in the U.S. by 2050.

Energy storage has been slowly coming into the solar market since 2017, and many people expect this trend to continue. It is expected that an increasing number of solar projects will partially consist of energy storage as a means of conserving energy. SunPower announced at a recent conference that they have seen a 40% attach rate with energy storage in relation to sales of solar systems for commercial use.

Many states in the U.S. have started charging their customers varying rates in accordance with when they choose to use their electricity. These time-of-use rates have made electricity significantly more expensive during the evening in a few key states, including California.

Energy storage is becoming increasingly viable from a financial perspective, which will inevitably lead to growth in the marketplace. This makes it very likely that installers all over the U.S. will offer solar along with energy storage as one of their standard services.

There are a number of industry experts that fully expect Tesla’s solar offerings to shrink significantly. The sales channels of this company aren’t very solid, and they have all but put an end to door-to-door sales. Tesla has lost its primary market share position as of 2017, and it’s very likely that it will drop to number 3 or even 4 very soon.

The resources of this company seem to be primarily targeted at Model 3 production, which means that solar has been put on the back burner, so to speak. While it may be true that the solar industry is thriving as a whole, it is not doing very well at all under this particular company.

One of the things that is unique about Tesla in relation to the solar industry is their “solar roof”, which is an entire roof made up of PV panels. This company is certainly known for its innovation in energy, so it’s no surprise that they have come up with an entire roof that can convert sunlight into electricity.

SunPower Corporation’s Rise in The Industry

While SunPower Corporation lost quite a bit of its value back in 2016, it is owned and backed by Total S.A., so it isn’t going anywhere anytime soon. This company currently has a market cap of over $1 billion, and its future looks fairly bright. The tariffs that have been imposed on solar panels going into the U.S. has some people concerned, but many believe that this company is going to do very well in the long term.

One strong indication that the future of solar energy companies is quite secure is the increase in floating solar farms, which are pretty much exactly what they sound like. While you probably think of solar panels being on the roofs of people’s homes and businesses, some of them are actually floating around on the water.

China currently has the largest floating solar farm, which can produce 40 megawatts of power, which is enough to provide electricity to 15,000 homes. The ocean water cools the solar panels, which keeps them from overheating and therefore malfunctioning. These floating solar farms are becoming more and more common, which is a definite sign that solar energy is on the rise as a whole.

There are many solar energy companies that are doing well, and new businesses are expected to come into existence within the next decade. It is definitely a profitable time for many of these companies, though there are some that are still struggling.

The solar energy trend that is booming right now is expected to stay strong into the long term. With more and more people across the country investing in solar panel systems, it is no wonder that these companies are doing so incredibly well. There are certain political factors that could slow down the proliferation of solar energy, but it’s still not coming to a screeching halt anytime soon.