Admin answered 3 years ago
Solar energy is the best alternative because it’s the easiest, cheapest, simplest, most widely available technology to deploy.

To get started with solar energy you need a very small investment, you don’t need a windy location, or to be located next to a stream or body of water. A small solar panel with an attached LED light can make a difference in the lives of many people in Africa who still don’t have electricity.

Solar is scalable so you can start with a solar array with a capacity of 500 watt for example and keep adding panels and scale up to hundreds of panels. The same technology used to build a small solar array can be used to build a megawatt solar farm and the same concepts apply. It gets more complicated but the same components are used for both.

Hydro is a good renewable energy source but it’s expensive and disruptive, a dam requires a large land area, you need to displace people and in many cases you interrupt the natural migration of wildlife like Salmon or other types of fish.

Wind is a good renewable energy but to make it profitable you need to install big, complex and expensive wind mills. So it ends up being in the control of a few large multinationals and we’re back to the same dependency and unstable political structures.

The problem with energy from fossil fuel today is not only that it is polluting but that it’s also a non-scalable technology, in most cases you need big investments to generate electricity at a reasonable cost, so the power industry ends up being controlled by large utilities, multinationals and corrupt governments. Which in turn creates and sustains dictatorships and contributes to world instability.

With solar energy, a homeowner can install a few panels and become energy independent, resilient, and self sufficient. The revenues and profits are not captured by a small elite but are spread in the population, there is an alternative to natural monopolies and the attached control structures. 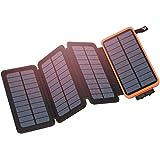 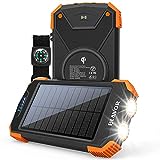 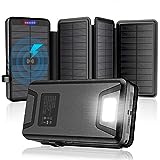